The Reference Aerial Modulator was removed from the aerial assembly for refurbishing and to give better access to the aerial boom. See the two accompanying photos showing the removed aerial modulator and the section of the aerial boom exposed. 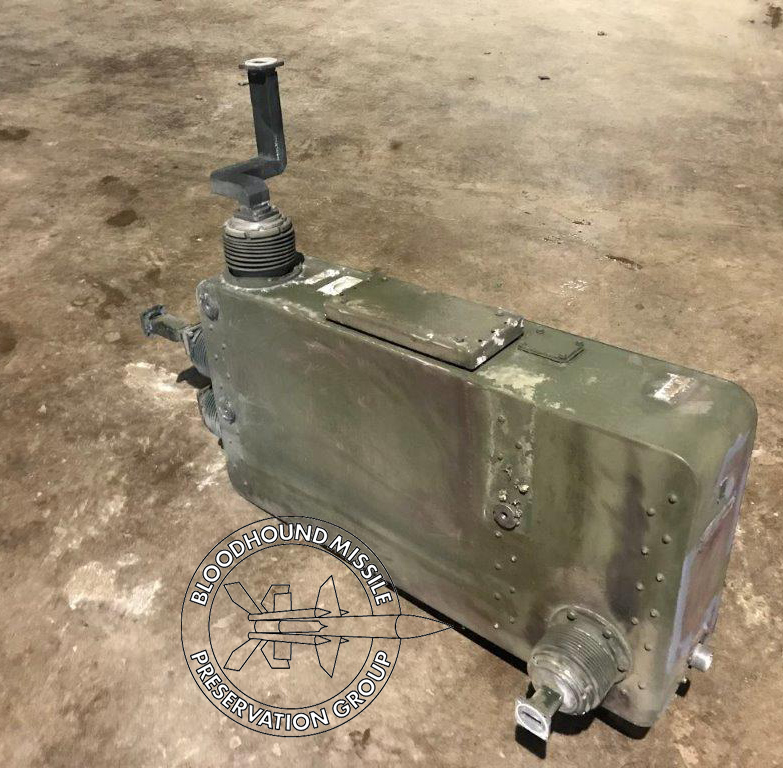 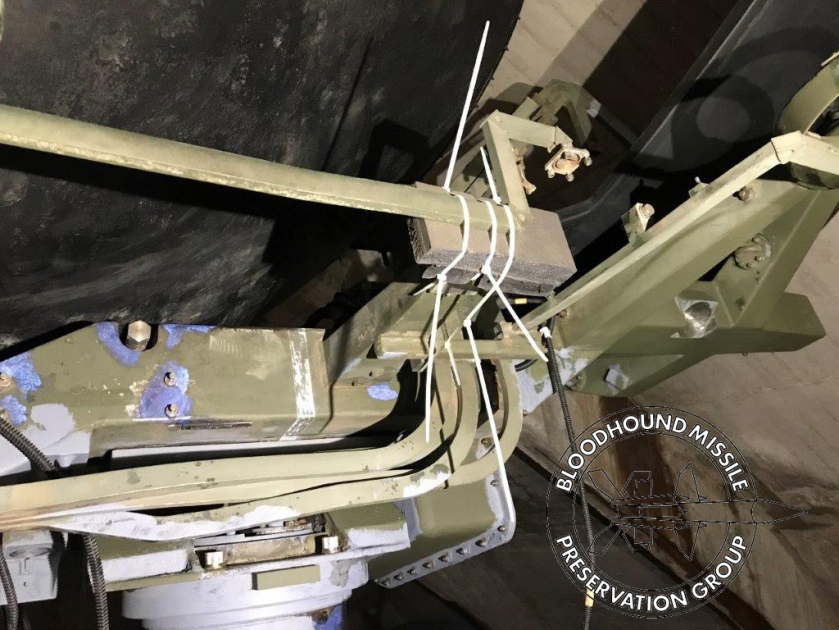 The Radiation Absorbing Material (RAM) used on the radar is being refurbished as and when and this week the RAM material on the ledge of the pedestal was re sealed and stuck down with suitable sealant. See the accompanying photo which shows the RAM has lifted up slightly from its base.

The computer fans draw in air from the vents in the end wall of the LCP where the air conditioner unit was originally connected An air filter is located in the trunking under the LCP floor just inside the E.C’s door. See accompanying photo.

The original filter had disintegrated many years ago so it was important to replace it and prevent dust being drawn in. A further photo shows the newly fabricated filter in position.

After many months of fault free running the LCP/simulator developed a coupe of faults. The first being that all keyboard and tracker ball inputs were lost and changing the Multiple Channel Serial I/O card in the Argus 700 sorted that problem. The second being the loss of the LCP one second ‘ticking’ provided by the sequencing unit at the base of the power distribution rack (Z Rack). The suspicion being that the -50V DC that enables the one second pulses to the sequencing unit is being lost, possibly a fuse in the display console. Time ran out before this fault could be investigated further.