No work this week

We have six I/O rack fan trays. See the accompanying photo which shows a ‘stack’ of all our fan trays consisting of the three installed trays belonging to our LCP 1022, two from LCP 1006, and a donated tray. 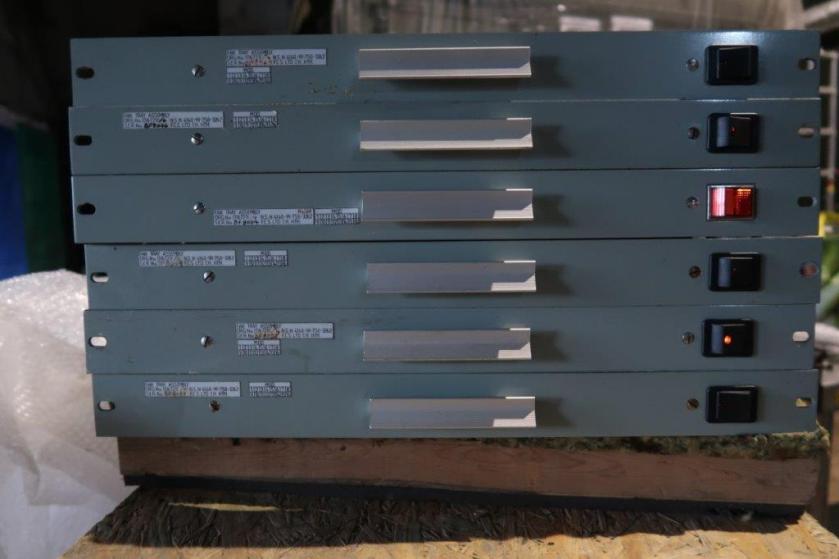 Note that one tray has a different ON/OFF switch as supplied by Ferranti, probably an earlier variant as it has the earliest serial number. Five of the fan trays will now have their fans removed and refurbished to give them another lease of life, after all they are 35 years old.

Priming of prepared paintwork took place on the internal walls of the LCP cabin. See accompanying photo which shows the original paint, primed exposed metal and a sample patch of the new cockpit green paint.

The attach photo is showing three of the ‘hollow’ bolts that mount the desiccators on the waveguides and an anchor pin from the pedestal roof. They were clogged with many coats of paint but two days soaking in paint stripper sorted them out.