The next Cosford work day is scheduled for January 8th so we can all have a break over the holidays. Also covered is some ‘off site’ work.

The task of replacing all the original fluorescent tubes, apart from the dimmable tube above the display console, with LED, warm white tubes has been completed. Thanks go to Dave for taking this job on and providing the replacement LED tubes. Dave and Pete M worked together to change the tubes and adapt existing wiring in the LCP roof. Result – you cannot tell the difference between the original and LED tubes but the LED tubes
are a lot less power hungry!

Pete M is the a master with the body filler we are using to remove dents
in the cabin and repair previous ‘in service’ filling jobs that are not
the best. Pete also continued with the corrosion treatment and filling
on the steel lifting frame around the base of the LCP.

Other work included rubbing down the join sections of the roof ready for
painting, cleaning old paintwork from the roof to cabin join and Neil
made a start on stripping paint from the support frames, these were
removed from the LCP cabin at the start of the refurbishment. The frames
are used to hold the canvas awning away from the body of the LCP cabin,
I never saw the canvas awning used on the LCP but I suspect it was in
the Far and Middle East deployments with 112, 33 and 65 Sqn’s.

The simulator was run up for a check and remains serviceable. It was run
for a few hours so that Dave and Pete M could stay warm in the LCP!

Away from Cosford work continues on bench testing faulty cards but this
is within the limits of not having any test rigs of specs. Basic testing
of a ‘Dual Serial I/O card’ (WEETABIX) has be carried out as well as
spare power supply testing and soaking to reform the capacitors etc. 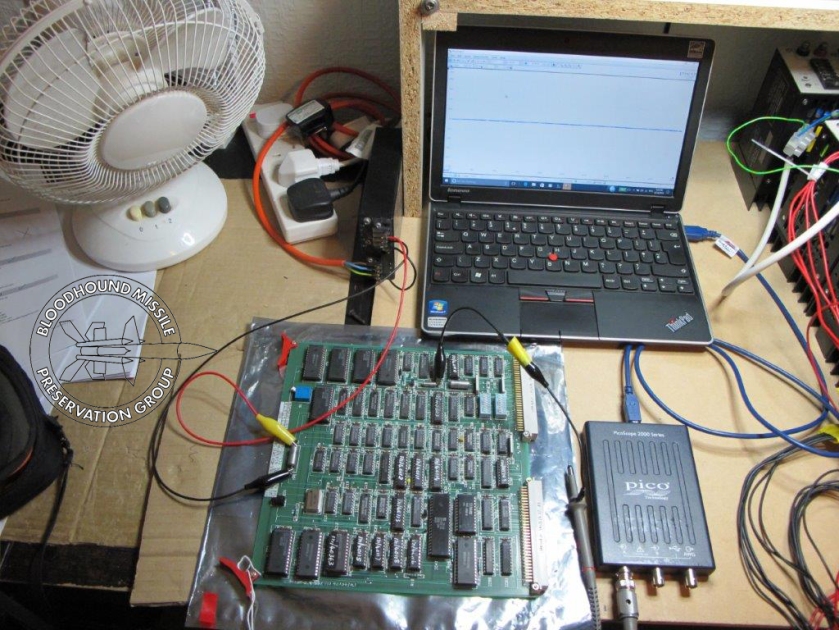 Work that is very much in progress. Now the dark evenings are here the
challenge is to create a PeriBus (I/O bus) test rig. Controlling the
PeriBus will allow the exercising of I/O cards and possibly enable the
development of software test routines using an Arduino. Watch this space
for further reports and progress.

The LCP is now fully primed and good headway made with detailing the finish coat.

Additional painting on Saturday was not possible. Following the cold spell and then the relatively warm wet weather last week it was not only cold in the hangar but very damp. With further painting on hold  work was focused on removing more of the canvas securing plates and the refitting of the cabin lifting plates. The original canvas, covering the two roof joins, was removed some time ago as it was completely rotten and the canvas securing plates now need refurbishing before any repainting is carried out. Neil completed refurbishing and the refitting the four LCP lifting plates. This photo of a lifting plate shows how they are also used to secure the LCP axles. 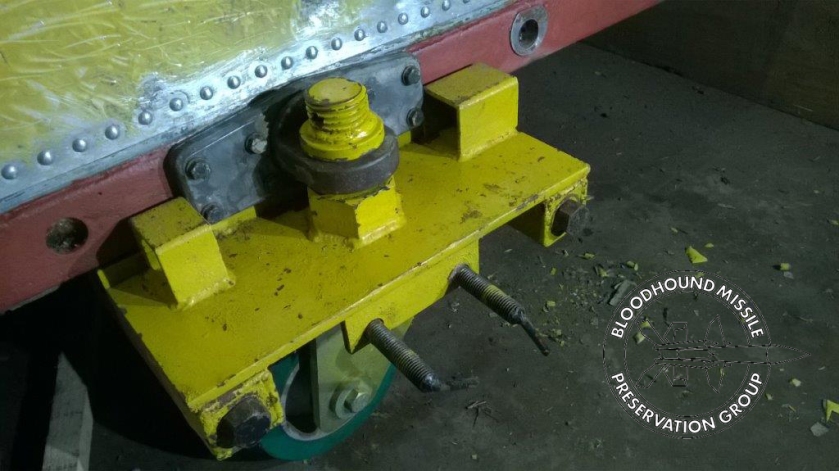 The LCP axles were manufactured by the BMPG so that the LCP can be moved around the hangar without the need to hire a crane!

Restoration of the national standard Bloodhound 2 missile and launcher is complete at Aerospace Bristol with acknowledgement to Brian Blestowe for his tremendous work and this photograph. You will have to wait until summer next year to be able to see it on display when the centre opens. Here is the kit awaiting transfer to the display area.
The eagle-eyed might have noticed that it has fuze aerials; the only Bloodhound missile in UK with these previously secret items which were removed prior to disposal. This is with thanks to the BL-64 museum in Switzerland who assisted us with many items to make this example complete. 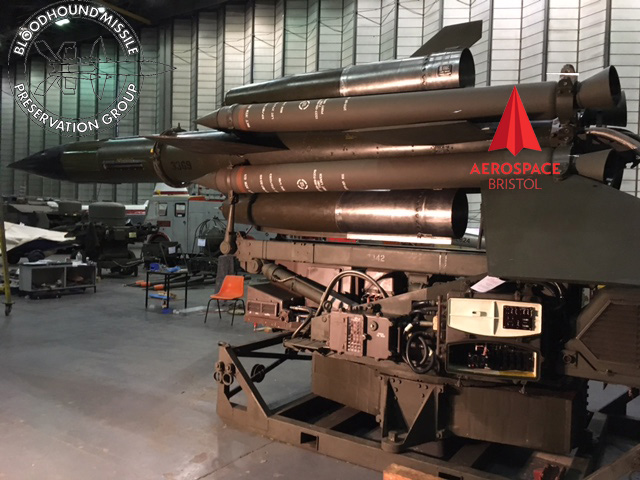