All work this week was again focused on preparing the T86 for its repaint, priority being given to the front wall of the cabin. 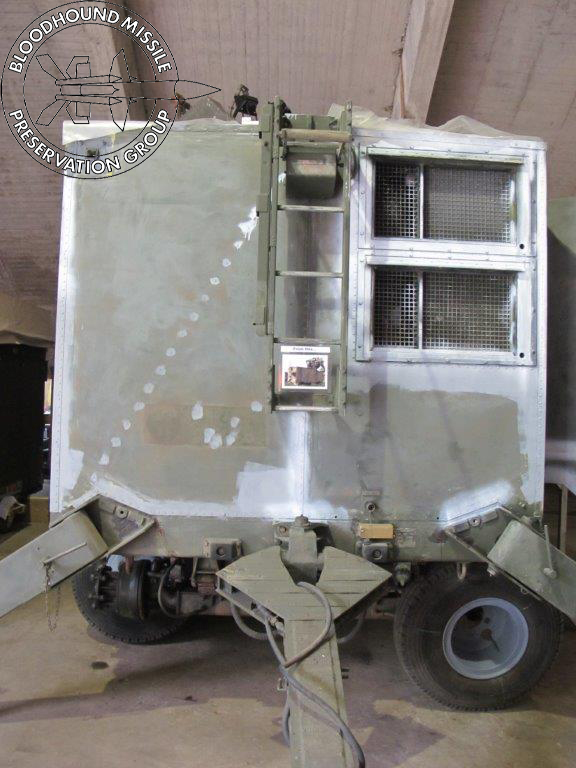 All covers have now been removed from the two air conditioning units for refurbishing off site, the challenge being to remove the lower cover as previous attempts had failed to budge it. Pete J took up the challenge and discovered that an old sheared screw thread was blocking the runner on which the cover pivots. Some drilling and fiddling eventually removing the remains of the old screw so the cover could be removed. Pete J also removed old sealant from the cabin walls that had been inserted between the wooden rubbing strips and the cabin wall. There is no plan to replace the rubbing strips in the near future due to higher priorities.

Several of the covers and other items that were refurbished away from Cosford were returned and will be refitted in time, several covers receiving a second top coat. See accompanying two images.

The cover for the RF receiver also received its first top coat as shown. 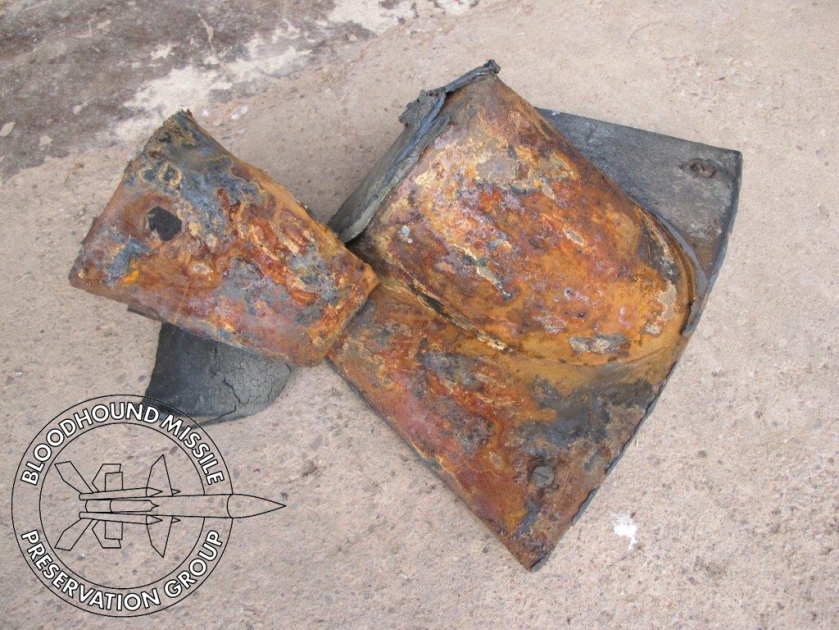 LCP
Three tasks carried out in the LCP this week. The replacement of firmware on the SCSI controller with a later version which we been able to obtain, refitting the Argus 700 monitor on the front of the computer rack and adjusting the Vertical Sync on the Jamming Assessment monitor which involved removing the monitor from the display console so that the vertical sync pots could be accessed. Here is the monitor, now with a stable picture again after adjustment. 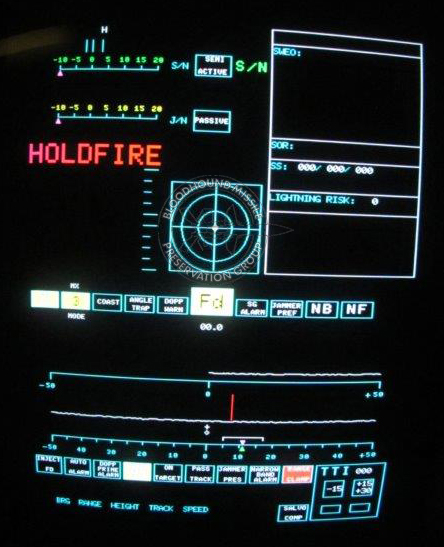 The monitor panel was not part of the operational LCP and has been fitted for future software work.

The plan is to repaint the internal walls and roof of the LCP, the original colour being Cockpit Green. After fifty plus years plus the internal paint is engrained with dirt and faded as illustrated in this photo showing a test section of the internal wall. 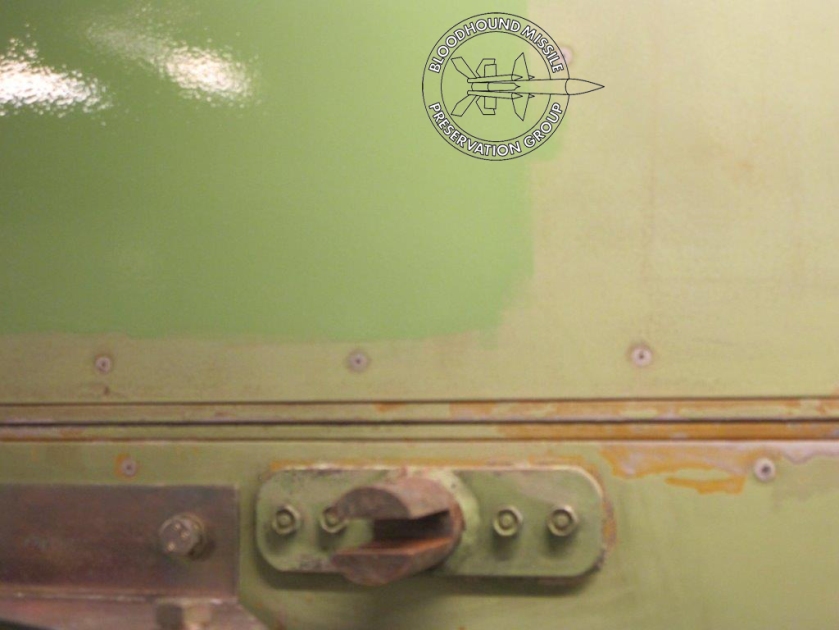 Note the contrast in colour but the fresh paint is still wet. The accesses covers for the fluorescent (now LED) lights in the LCP roof have been repainted and can be seen in the photo of the covers being repainted.

The Simulator was run up and remains serviceable, this was also a good test for the new SCSI firmware.

T86
Dave carried on doing a first rate job on prepping the wheel arches. Unlike the cabin structure the wheel arches and the rest of the chassis is steel and not alloy so corrosion is a significant issue besides the flaking paint and dirt. See below for the results of Dave’s work on one of the wheel arches. Dave also treated the corrosion with an inhibiter, most being applied to corrosion but also to his overalls! 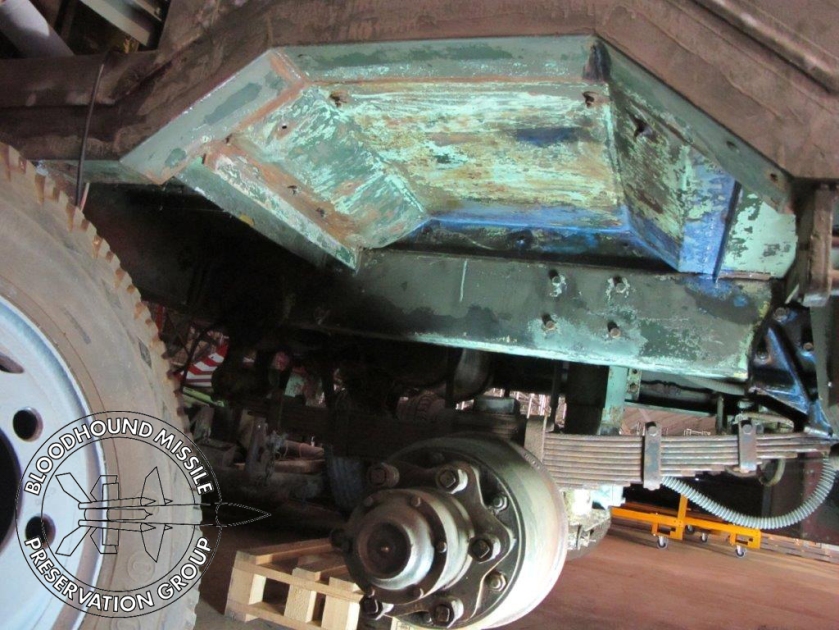 A lot of work on refurbishing ‘parts’ from the T86 is taking place away from “2nd Line” (so 3rd Line = Home!). These include chiller and air condition covers. Once the corrosion, loose paint etc. are removed, they are returned for painting.

Two further images are included to illustrate the sort of problems being treated. Corrosion between a steel latch and alloy cover and perished metal RF/Insect shield. In the case of the latch it will be removed from the cover, both being treated and repainted before re assembly. The original metal shields will be replaced with plastic insect shields as the T86 will not be transmitting again!

At long last we are starting to put paint back on the T86 radar instead of taking it off! Unfortunately this doesn’t mean that all the repaint preparation is complete, it isn’t. What was achieved was the priming of the T86 trailer’s wheels, a specialist vehicle chassis primer was used, a task that took several hours. The six wheels are now ready for a top coat and are looking good after removing loose paint, vegetation, corrosion and then corrosion treatment. The photo below shows the result of the day’s work which also included priming the receiver cover from the aerial assembly. 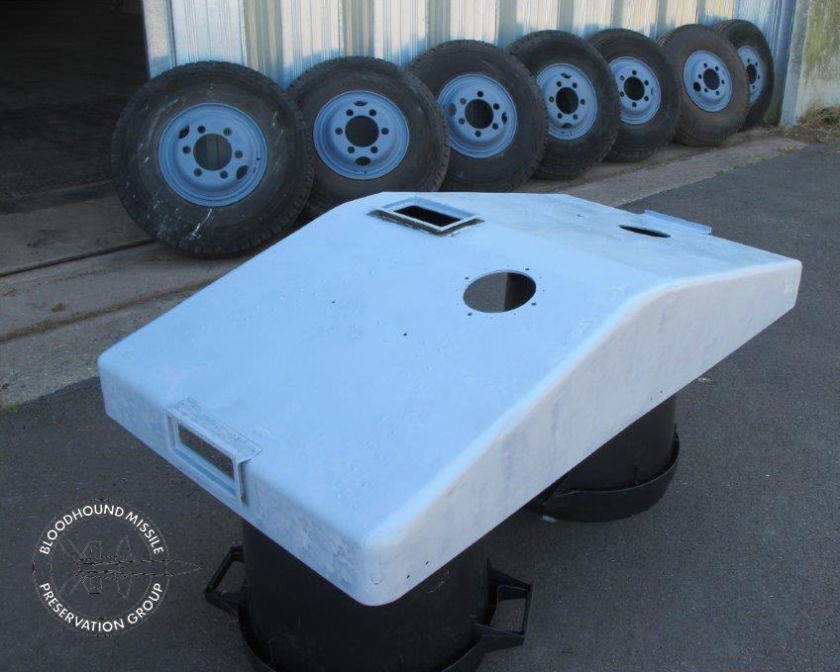 OK, so there are seven wheels in the photo, one is a spare we have acquired. An interesting point on the wheels. When the T86 was recovered it ended up with one wheel from a T83 radar and while the T86 wheels are bog standard steel the T83 wheel is bronze!!!

The tyres are another matter, several have perished quite badly (not surprising for their age) and replacements are being sought, part worn is OK as the T86 trailer is no longer road legal. Tyres are: Dunlop B6 10.00 x 15 14 Ply.

One of our many challenges has been to find the correct paint colour for touch up and repaints in the T86 cabin, drawer fronts etc. It is not RAF Blue Grey! Anyway, a couple of tester pots were procured for what was determined to be the nearest match and the results are shown in the photo. There are two colour ‘splodges’ on the piece of trunking cover in the image, A = Dark Admiralty Grey and C = Dark Camouflage Grey, the light grey is primer and nothing to do with the colour match test. One challenge being the grey paint used in the T86 cabin does have slightly different shades depending on what the item is! In the photo the ‘test piece’ of trunking is laying on a cover from C Rack and to confirm that Dark Admiralty Grey is the correct match there is a splodge on the cover between two rivets – can you see it? 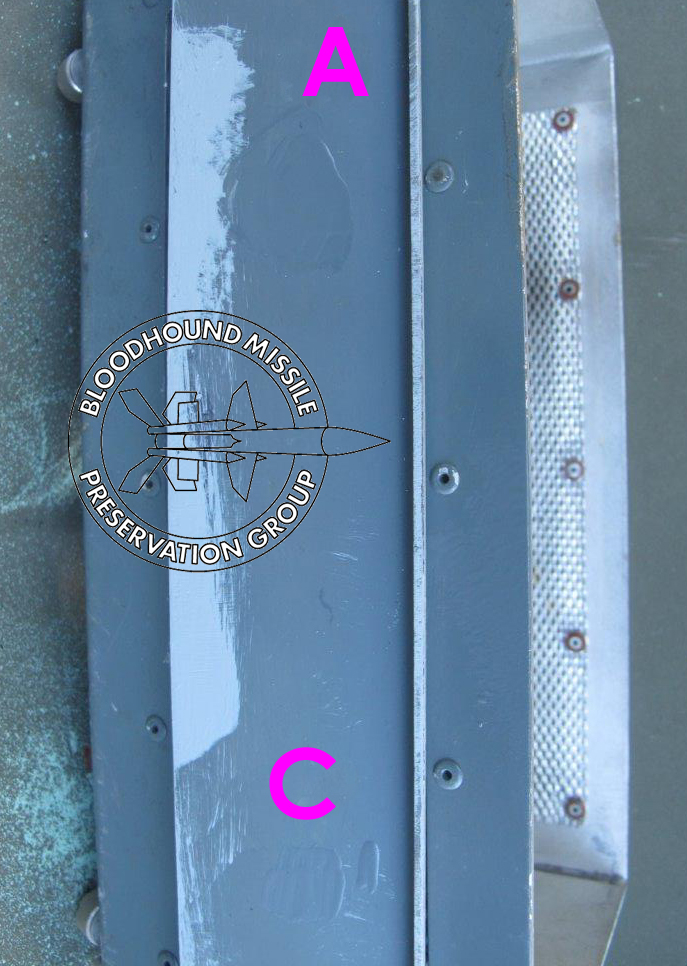