The refurbished Ward Leonard covers and fittings were returned to Cosford along with the refurbished (previously missing) T86 roof access ladder securing pin, nicely picked out in black – photo attached, the securing chain still to be attached. 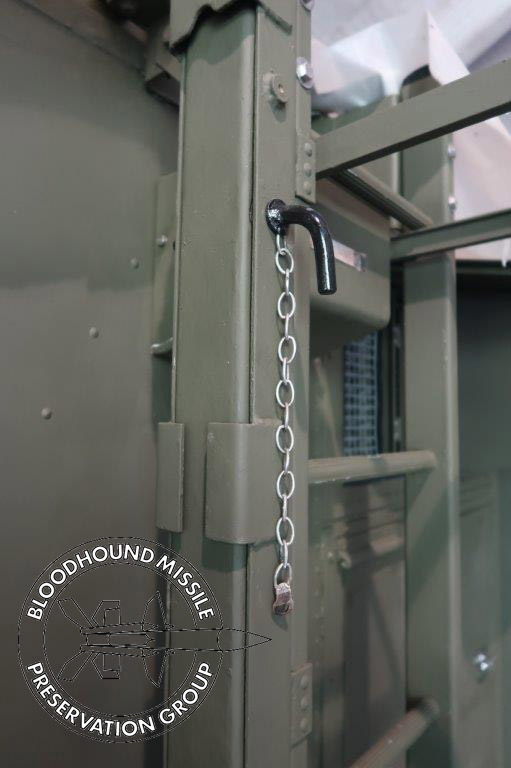 The Ward Leonard covers and fittings were returned to Cosford after refurbishment off-site. The covers were a particular challenge due to two sections of RFI covering on the bearing Ward Leonard being torn, hence patches were needed and the deterioration of the RFI rubber cover which had multiple cracks due to aging. See accompanying photo. The Ward Leonard items are being painted Dark Bronze Green, the original colour of the Bloodhound kit when new.

Work continues on bolting down the new floor in the rear cabin. See the attached photo showing the detail of the wheel arch under ‘F’ Rack.

New (five) new cable brackets to support the Ward Leonard cables were manufactured and primed. The accompanying photo shows the comparison between the old and new, the originals have severe corrosion! Old and new are the same size, the camera angle only makes them look different. 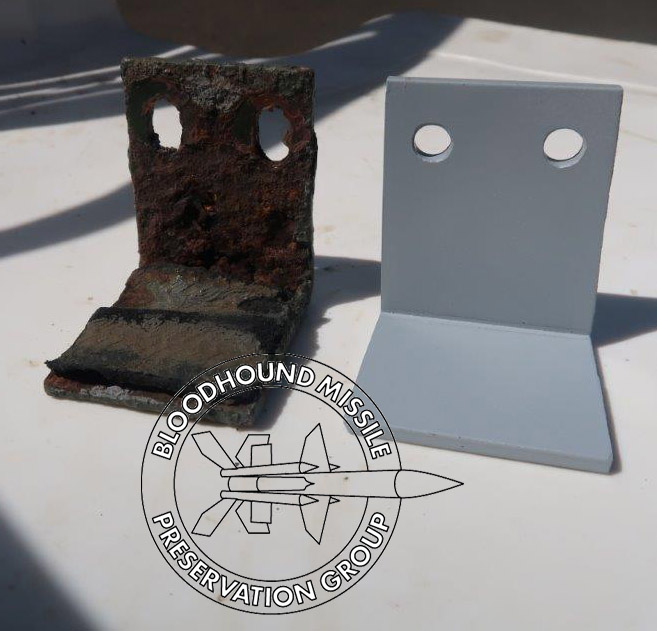 The bearing Ward Leonard Received its final top coat of paint after much preparation. See accompanying photo. All we have to do now is lift it back into position! 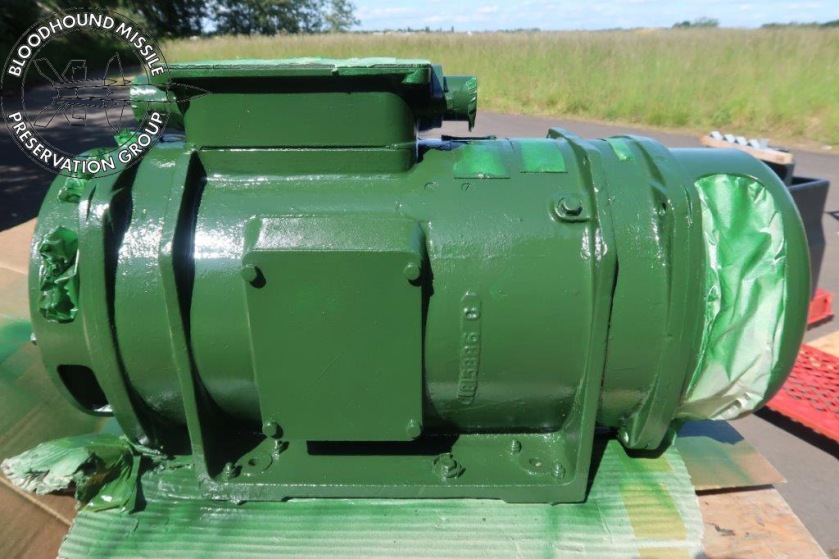 Lastly, a photo of the work in progress on the rear of the cabin and the Ward Leonard Shelf. First stages of the repaint in NATO Green, the final colour of the Bloodhound kit.

We had several visitors come and see us on Saturday so a good period of time was spent running the simulator and demonstrating engagements. Pete M (ex Ferranti) and Neil (ex Tech Sup) were providing the demonstrations. To see a typical engagement visit our YouTube video at www.youtube.com/watch?v=p0Z9TBa9PzI .

Apologies for the short description of work and the lack of Cosford photos for this blog.

T86
Pete M completed the new Ward Leonard mounts and applied a top coat of paint to them. A top coat was also applied to the bearing Ward Leonard. Ian painted the inside of the T86 doors. Finally, Pete M, Neil and a visitor painted the rear cabin wall and Ward Leonard shelf.

Away from Cosford
The major task continues to be the refurbishing of the Ward Leonard covers. The attached photos shows one of the patches applied to the bearing Ward Leonard cover after torn RFI material had to be cut out. The cover has had all cracks in the rubber cover filled and once painted with rubberised paint the patch and cracks will not be visible. 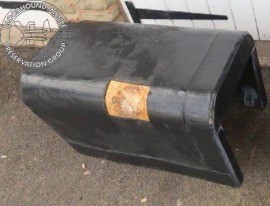 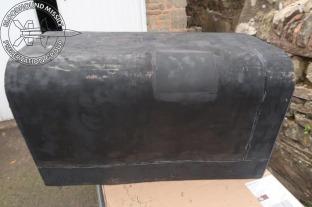 Work also continues on trying to repair several Argus memory cards. A very challenging task as a degree of reverse engineering is involved, e.g. there are nine resister selections to set different timings but we do not have a specification of what the timings should be!

The accompanying photo shows our Argus test set up consisting of an Argus 700 with its powers supplies, an Argus 700 monitor and two laptops. One laptop acts as the system monitor, the second is current used as a digital oscilloscope (USB connection to a Picoscope). 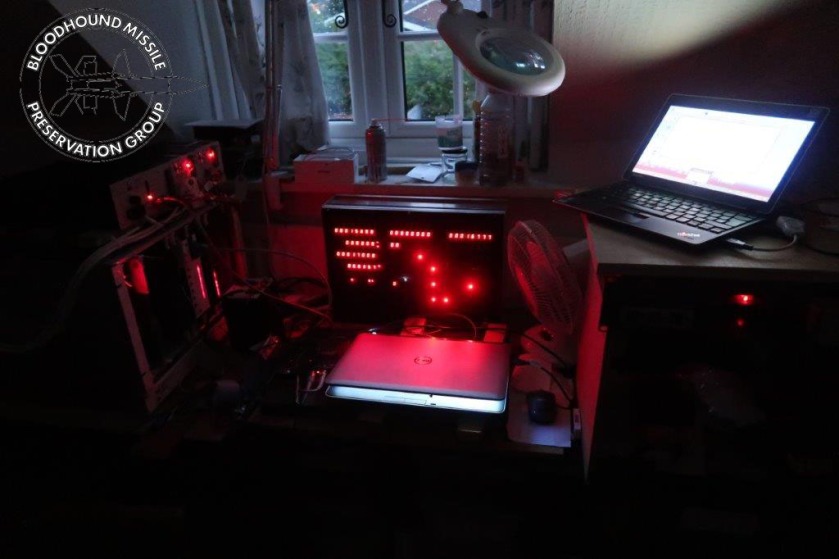 T86
The time consuming job of repairing, corrosion treatment and priming the Ward Leonard shelf and trays on the rear of the T86 cabin is complete, see accompanying photo.

LCP
The Argus fan tray and the CHARGE unit fan tray have had their U/S fans replaced and were refitted. The CHARGE fans are embedded in the base of the rack under the CHARGE chassis, see accompanying photo.

The second photo shows the CHARGE fan tray before refitting, it is obvious which of the three fans is new! It also shows the condition of the original fans with corrosion on the blades but they still work – for now.

The Simulator remains serviceable and looks to be in good health, no glitches etc.

Our next Blog will be after June 15th due to the Cosford Air Show on the weekend of the 9th.